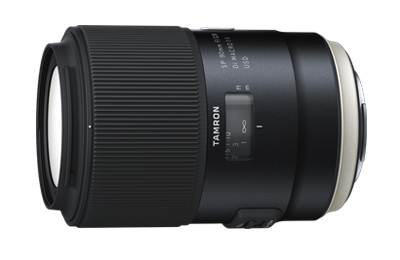 Tamron and the history of its macro lenses

The history of Tamron’s macro lenses began with the SP AF90mm F/2.5 (Model 52B) in 1979. The general impression of a macro lens in those days was that it was mainly useful for academic purposes—such as reproducing documentary records and scientific minutiae—and not suitable for photographing ordinary subjects. Against this backdrop, Tamron’s first-generation 90mm macro lens succeeded in creating new value for the modern macro lens that has both refined image quality worthy of recording photographic scenes and remarkably beautiful background blur effects (bokeh). As a result, the lens was highly valued by professional and amateur photographers alike as a lens with wide-ranging uses. It created new categories of applications that previously had been unimaginable because of the common uses of macro lenses at the time. The lens became popular among nature photographers to shoot close-ups of flowers. Furthermore, using Tamron’s 90mm macro lens for portrait photography gained particular popularity, with the expression “portrait macro lens” coming to be widely recognized over time. With the model renewal in this latest generation achieving further performance improvements, SP 90mm F/2.8 Di MACRO 1:1 USD (Model F017) is opening a new chapter in the history of Tamron’s 90mm macro lenses.

Beginning with the SP 35mm F/1.8 Di VC USD (Model F012) and SP 45mm F/1.8 Di VC USD (Model F013), Tamron has utilized a new design concept to enhance the outstanding performance provided by the SP Series. Our attention to every engineering detail has resulted in the most advanced optical and electro-mechanical designs being incorporated in SP Series, creating a new benchmark for high performance and visual elegance. The design philosophy embraces the importance of comfortable, ergonomic operation and positive tactile feedback, crucial factors in all types of photography. The newly designed all-metallic barrel features an embedded concave ring at the base of the lens—for a firm hold and comfort necessary for a steady shot. Switches are larger and reconfigured for smoother function and the typeface has been redesigned for intuitive legibility. The Tamron SP Series is the superlative example of the Lensmaker’s art.

Find the instruction manual you need for your specific product on this page.

Ease of finance through Bajaj.